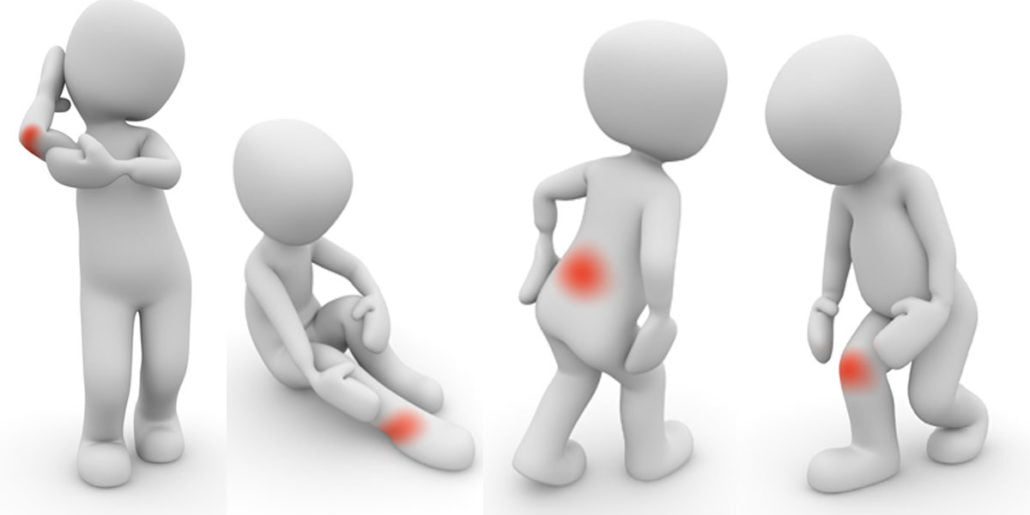 Acute inflammation is a biological response of the immune system and the very keystone of healing. Helene Langevin (FRS Webinar May 2020) identifies fascia and its extracellular matrix as the “arena” of the inflammatory reaction and so the home for our immune response. The health of our fascia and the efficacy of our lymphatic system also dictates our capacity to resolve inflammation via local biochemical responses.

Inflammation can be triggered by a variety of factors including pathogens, damaged cells and toxic compounds (1). The initial response of the body is mediated by interleukins – IL-1 and IL-6 – which activate the neutrophils or polymorphonuclear leukocytes (PMNs) to recruit macrophages derived from monocytes, to the injured tissue.

From Langevin and her team’s work, under normal circumstances, fibroblasts bind collagen and restrain the matrix. In the absence of inflammation, active tension exerted by fibroblasts onto the collagen network keeps the tissue under-hydrated by restraining the matrix, keeping pore size small and restricting water entry into the tissue (2).

At the instigation of acute inflammation, the influx of watery exudate causes fibroblasts, normally strongly bound together in a state of “pre-stress” to actually break their bonds and separate as more exudate accumulates. The effect is to “liberate” the matrix, so facilitating the influx of water driven by the osmotic force created by the now accessible glycosaminoglycans. This is the actual swelling that we associate with as a “cardinal sign” of acute inflammation. Thus, it appears that inflammatory oedema is not simply due to increased vascular permeability but is also caused by fluid being ‘‘sucked into’’ the tissue.

This makes sense if one thinks of areolar connective tissue as a meshwork with pores partially occupied by cells (fibroblasts) that hold on to the sides of the pores. Keeping the mesh within a certain average pore size prevents swelling in the absence of inflammation. Inflammatory mediators un-restrain the matrix by disrupting integrin-mediated cell–matrix contacts, which causes a drop in matrix tension and allows the matrix to swell. The initial ‘‘loosening’’ of the matrix tension is then followed by an increase in matrix stiffness and turgidity, once water has entered into the tissue following the now accessible osmotic gradient created by the larger tissue pores (3).

Chemically–mediated vasodilatation causes the classic heat and redness associated with acute inflammation. Pain and loss of function are not mutually exclusive, and are associated with fluid pressure with-in the immediate area. That and the fact that inflammatory pain from fascia can evoke higher discharges in fascia nociceptors, but also an increase in the innervation by nociceptive nerve endings (4). Dr Jean-Claude Guimberteau  (in Fascia – the tensional network of the human body, Churchill Livingstone 2012) describes it thus “haemorrhage, liquid extravasation, oedema and hyperaemia disturb the mechanical balance, requiring greater force for the sliding system to operate against greater resistance. This makes movement far more difficult as tissues become more adherent, compounded by the fact that we are disinclined to move an affected area of the body”.

Under ideal circumstances, the response should be localised, self-limited, and returning to homeostasis (5), so put another way, simply inflammation should have a beginning, a middle and an end. Serhan tells us that “an active, coordinated program of resolution initiates in the first few hours after the inception of an inflammatory response. After entering tissue, granulocytes initiate the termination sequence. Neutrophil recruitment thus ceases and apoptosis (or programmed death) is engaged. These events coincide with the biosynthesis, from Ώ3 polyunsaturated fatty acids, of  resolvins and protectins, which critically shorten the period of neutrophil infiltration by initiating apoptosis. These apoptotic neutrophils undergo phagocytosis by macrophages, leading to neutrophil clearance and release of anti-inflammatory and reparative cytokines such as transforming growth factor β1. The anti-inflammatory program ends with the departure of macrophages through the lymphatics(6).