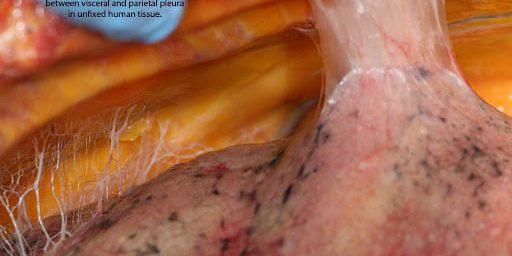 Now might be a good time to talk about the difference between densification and fibrosis. These terms are definitely NOT interchangeable! Both densification and fibrosis are capable of modifying the mechanical properties of deep fasciae and can damage the function of underlying muscles or organs, so an understanding and distinction between the two makes it possible to choose the right intervention to alleviate symptoms.
We’ve spent a couple of weeks on the finer points of collagen overproduction and self-aggregation of hyaluronan, the cumulative end-result being stiff, sore bodies.
But fortunately for us, aggregation of hyaluronan which results in an increase in the density of the tissue – or densification – is 100% reversible. Disaggregation occurs with an increase in temperature and via strategies that reduce acidity in the affected tissues. These interventions restore homeostasis with resumption of normal functional movement. This may explain why many physical therapies and rolling (that increase temperature with a consequent decrease in viscosity) and with warming up in general feel so good!
To quote the late, great Leon Chaitow, “compression and frictional methods can effectively modify inappropriate densification of fascia and enhance remodelling”.
We touched on fibrosis when we talked about scar tissue. Fibrosis DOES alter the fibrous layers of the fasciae, with an increase in collagen fibre bundles, obliterating structure and function in the process. Willem Fourie described fibrosis as representing “a pathologic excess of normal tissue repair”. Disproportionate or sustained production of TGF-β1 is a key molecular mediator of tissue fibrosis, acting on cells to promote the deposition of ECM.
You’ll easily recognise the difference between densification and fibrosis in the following fantastic picture from the great Gil Hedley from 2010. Both are graphically demonstrated, so close together in a fresh-tissue dissection of the (lung) pleura.
Lifestyle and nutrition, including exposure to tobacco smoke – in other words, epigenetics – can also play a major role in the process of scar formation.
So, food for thought…… speaking of which, that will be our topic for next week.
By adminOctober 28, 2020